Who sets the terms and conditions governing our digital lives?

Who sets the terms and conditions governing our digital lives? The Group for Experimental Methods in the Humanities and the Center for International History welcome you to an open conversation on the critical issues of race, identity, gender and the digital featuring Padmini Ray Murray, Jacob Silverman, Mark Anthony Neal and Jessica Marie Johnson moderated by Alondra Nelson.

The event is free and open to the public. If you are coming from outside Columbia University please RSVP to Alex Gil at agil@columbia.edu.

Mark Anthony Neal is Professor of African & African-American Studies at Duke University where he directs the Center for Arts, Digital Culture & Entrepreneurship. He is the author of 5 books including Looking for Leroy: Illegible Black Masculinities and New Black Man: 10th Anniversary Edition and co-editor of That’s the Joint: The Hip-Hop Studies Reader. Neal is the host of the weekly video podcast ‘Left of Black’.

Jessica Marie Johnson is an Assistant Professor of History at Michigan State University. Her research interests include histories of slavery and the slave trade; women, gender, and sexuality in the African diaspora; and digital history and new media. In 2008, Johnson founded African Diaspora, Ph.D., a blog highlighting scholars and scholarship in the field of Atlantic African diaspora history. Johnson continues to make media as a member of two collaborative projects: the LatiNegrxs Project, a Tumblr and community interrogating Afrxlatinidad from the lens of transformative justice; and the Queering Slavery Working Group which she co-organizes with Vanessa Holden. Johnson has two works in progress. One is a history of free women of African descent laboring, living, and traveling between eighteenth-century Senegal, Saint-Domingue, and Gulf Coast Louisiana. The second, in collaboration with Mark Anthony Neal, is a compilation of work reading nineteenth-century black codes against present-day race coding and digital vernaculars of people of African descent.

Padmini Ray Murray recently joined the faculty at the Srishti School of Art, Design and Technology in Bangalore. Ray Murray is one of the founders of the South Asian Digital Humanities. She currently serves as vice-chair of Global Outlook::Digital Humanities, as editor-in-chief at SHARP news, and on the editorial board at Technoculture. Her research interests span the history of the book, public history, comics, videogames and literary studies. Ray Murray received her PhD in 2008 for her research on gender and embodiment in Byron’s poetry from the University of Edinburgh, where she was also a postgraduate researcher at The Centre for the History of the Book.

Jacob Silverman is a freelance journalist and book critic in New York. His book Terms of Service: Social Media and the Price of Constant Connection was recently published by HarperCollins. His work has appeared in the New York Times, Slate, the Los Angeles Times, Bookforum, The New Republic, Politico, and many other publications. He writes a weekly column for The Baffler. He’s also on the board of Deep Vellum, a new publisher of international literature.

Alondra Nelson is Dean of Social Science and professor of sociology and gender studies at Columbia University, where she has served as director of the Institute for Research on Women, Gender, and Sexuality. Her research focuses on the intersections of science, technology, medicine, and inequality. Her books include Genetics and the Unsettled Past: The Collision of DNA, Race, and History (Rutgers UP, 2012); Body and Soul: The Black Panther Party and the Fight against Medical Discrimination; and Technicolor: Race, Technology, and Everyday Life. Her latest book,The Social Life of DNA, will be published next year. She is presently engaged in new ethnographic research that examines grassroots responses to the STEM field crisis. Dean Nelson is the recipient of fellowships from the Ford, Wilson, and Mellon Foundations. 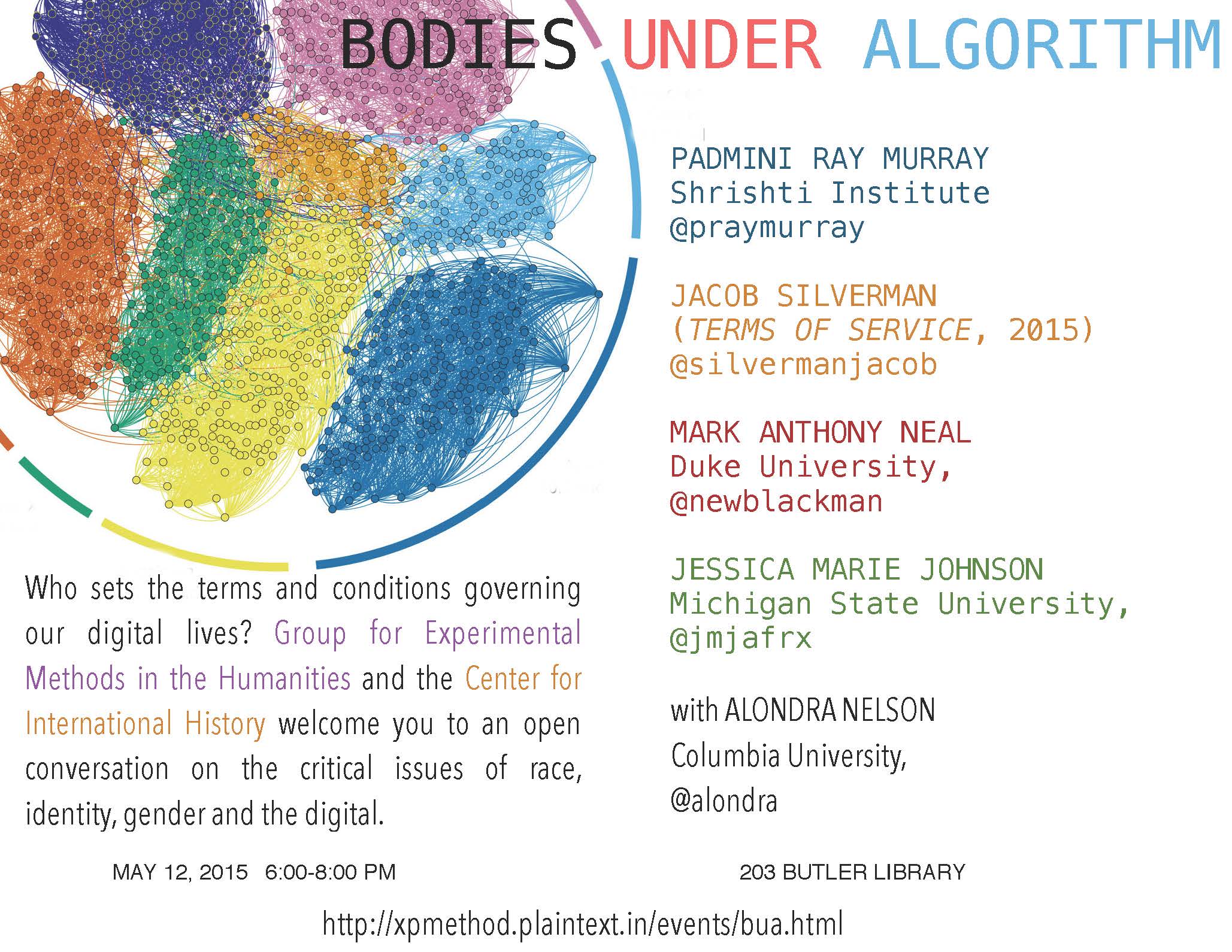