As scholars, students, and archivists, we would like to imagine—study, build—knowledge architectures that answer to humanistic ideals. Our proximity to the worlds of journalism, library science, and publishing gives us an opportunity to affect meaningful change in redressing inequalities of access, to envision the future of books and literacy, and to experiment with new modalities of human–text interaction.

Corpus-DB is a database and API which solves the problems of text retrieval, text cleaning, corpus compilation, and metadata aggregation that often form the first step for researchers in computational text analysis. Traditionally, scholars interested in studying a collection of texts, such as: novels set in London, Bildungsromane, sestinas, or poems written in 1889, have had to manually assemble their corpora, which can be a prohibitively laborious process. Corpus-DB gathers full texts and metadata from Project Gutenberg, the British Library, and... read more →

The MWME builds on the work of the Muslim World Manuscript Project.

The project will develop new ways to incorporate MARCXML records into the production of a Wax site built on minimal computing principles. In short, the site for the exhibit will be created with attention and care for readerships in areas of low-bandwidth and other limited forms of access to computational resources.

Digital Grainger: An Online Edition of The Sugar-Cane 1764 is an digital edition of the 1764 edition of James Grainger’s georgic poem “The Sugar-Cane.” The work of a Scottish physican and writer who lived in St. Kitts during the mid-eighteenth century, “The Sugar-Cane” primarily presents itself as a set of instructions to Caribbean planters, meditating on enslavement, natural productions, sugar cane processing, and the British empire over the course of its 168 pages.

This edition is designed for teaching undergraduate classes. As such, our project aims to transcribe the poem into modern typography while maintaining Grainger’s original footnotes. Additionally, we will include... read more →

Minicomp/Wax is a heterogeneous collection of experiments, strategies, and functional components for adapting Jekyll for minimal exhibition sites. It centers on a Jekyll theme (wax_theme) and set of Rake tasks (wax_tasks) that together enable digital humanists to create impactful sites with IIIF viewers, elastic search, and complex metadata with very little technical overhead.

It is a sister project to Minicomp/Ed: Jekyll for Minimal Scholarly Editions.

As a set of practices and priorities, minimal computing has proven well suited to the needs of digital humanities projects and scholars. Specifically, its tenets of Minimal Dependencies, Minimal Maintenance and Minimal Presence help offset DH’s frequent scarcity of resources, and its emphases on Maximum Access, Minimal... read more →

The Roma People’s Project is a start-up initiative which aims to address misconceptions as well as foster research and public education about the Roma people and culture. At core of our project is the Roma Digital Archive–a platform that identifies, examines, and curates material about how Roma define themselves and how others have represented them.

Most people know so little about the Roma that the very word is often alien to them. However, the term “Gypsy” (as well as “Travelers”) is more widely recognized and often serves as the only point of reference. Yet, the word conjures images of horse thieves or pickpockets that tourists are warned about in Europe, in addition to more romanticized images such as fortune-tellers with a crystal ball or exotic... read more → 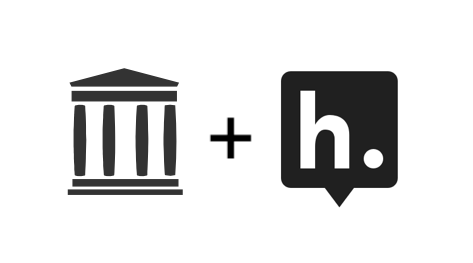 Cemmento is a digital storage solution/proxy for pages that have been annotated. The proxy expects a URL to be passed to the main route at “/”. The proxy then queries the storage engine to see if a copy has been archived. If it has, the user is redirected to the storage endpoint’s earliest version. If not, the proxy instructs the storage engine to save a copy and then redirects the user. The default storage engine is the Internet Archive. The default redirect engine is hypothes.is. Cemmento is designed to be agnostic in terms of storage engine and annotation platform, although at present only the internet archive (storage) and hypothesis (annotation) are written. Expected Default Behaviour Users will be redirected to an internet archive version of... read more →

For centuries, the theories and methods of textual scholarship have presupposed the analog media of ink and paper, but the ever-growing digitality of today’s texts requires us to challenge our assumptions about scholarly editing, textual scholarship, and publication. This research cluster aims to reimagine the tools and workflows of digital scholarly editing, with a focus on sustainability, scalability, and reproducibility.

A Digital Critical Edition for the Vitae Illustrium Virorum Project

At the end of the fifteenth century, the Spaniard, Alfonso de Palencia (1423-1492), chronicler of the Catholic Kings, translated all of Plutarch’s Parallel Lives from Latin into Spanish. All these biographies had been translated since the beginning of the Quattrocento by relevant Italian humanists from Greek into Latin; Palencia didn’t know... read more →

One of our most pressing and ever revolving needs as scholars is to pass on our textual artifacts from one generation to another. The art of textual editing, among other practices, has helped many cultures to remember and interpret for centuries. Alas, that art is practiced and encouraged in its highest form by a dwindling number of scholars. In a digital environment the problem is compounded by the difficulties of the medium. While vast repositories, and “e-publications” appear on the online scene yearly, very few manifest a textual scholar’s disciplined attention to detail. In contrast, most textual scholars who have made the... read more →

Git-Lit is an initiative to parse, version control, and post each of the approximately 50,000 works in the British Library’s corpus of digital texts. Parsing the texts will transform the machine-readable metadata into human-readable prefatory material; version controlling the texts will allow for collaborative editing and revision of the texts, effectively crowdsourcing the correction of OCR errors; and posting the texts to GitHub will ensure the texts’ visibility to the greater... read more →

No Connect is a template for Jekyll static site generator that works on a local machine or a USB key, without an html server. Our template is based on the standard Jekyll theme.

This theme is part of our effort to investigate minimal computing technologies, and their possible use in humanistic work. Not all forms of scholarship can be shared on the internet, whether the reason is an unfriendly government or copyright regimes. Tapping into the affordances of Sneakernets is one of the ways we can carve out space for digital work to continue under adverse circumstances. 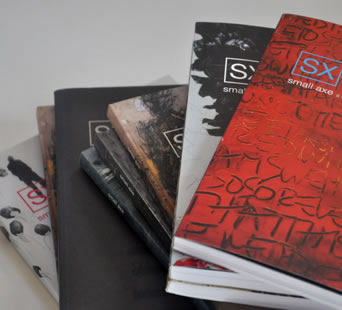 How do we reduce the production cost for sx:archipelagos online peer reviewed academic publication while preserving the quality of the longstanding print journal Small Axe?

In our first encounter, Kaiama L. Glover (Associate Professor of French and Africana Studies at Barnard College), Alex Gil and Kelly Josephs (Director, York College Honors Program, and Associate Professor of English at CUNY) presented on the new stage of development of Small Axe: sx:archipelagos, and worked with xp-methods to re-imagine a workflow for the publication of academic content around Dennis Tenen’s and Grant Wythoff’s “Sustainable Authorship in Plain Text using Pandoc and... read more →

Architectures of Knowledge is a series of workshops that brings together activists, scholars, artists, and librarians concerned with global inequalities facing knowledge work. These manifest in the aggregation of material and scientific archives in northern Europe and America; the pay-walls constructed by the corporate publishing industry; and the amassing of digital labor in the Global South while the prestige economy remains in the Global North. Together, we will investigate technological and artistic practices of epistemic action, build alliances across borders and economies, share notes, and outline possibilities for further concerted... read more →

A Digital Critical Edition for the Making and Knowing Project
encounter

Pamela Smith, Seth Low Professor of History and Director of the Center for Science and Society at Columbia will present on her ongoing research with The Making and Knowing Project: From the Workshop to the Laboratory.

Historians have long acknowledged the foundational importance of craft knowledge to the development of modern science. In recent years, historians of science have investigated the relationship of craft practice to various learned communities in early modern Europe, such as humanities scholars, medical practitioners, (al)chemists, and advocates of the “new experimental philosophy.” Simultaneously, historians of science, technology, material culture, and book history have become increasingly interested in the genre of early modern recipes, books of secrets, and how-to manuals that shed light on a remarkable transition in European... read more → 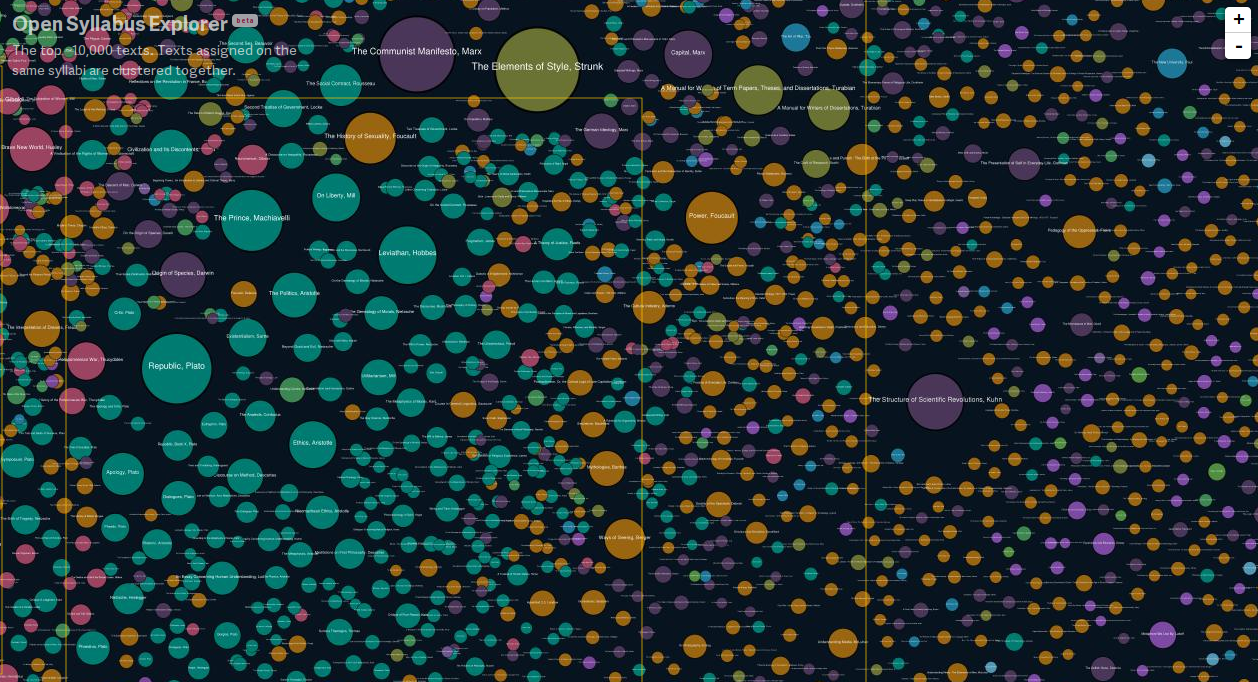 In late January of 2016, we were a part of a group of scholars at Columbia and Stanford Universities who unveiled the Open Syllabus Explorer—an online tool that aggregates data from over one million syllabi collected from college and university websites. So far the Syllabus Explorer does only a few things: It shows how often works are taught, what works are taught together, and where and in what field they’re taught. But we think it has the potential to evolve into something more powerful: a tool that can help us better reflect on the formation of our intellectual legacies and, in the process, improve the quality of higher education globally.

Building on the work of scholars like Dan Cohen, Alison Head, Jeffrey Schnapp, and David Weinberger, the Explorer offers a rich empirical account of... read more →

Read the original post at jonreeve.com. Link to a beta version of the webapp here.

Have you ever wanted to livetweet a book? I often want to. Yet there doesn’t seem to be a standard way of doing that. You could tweet, for instance, “Oh Captain Wentworth! When will you propose? #JaneAustenPersuasion” but the hashtag isn’t standardized, so some people might be tweeting under #Persuasion and others under #AustenPersuasion. Furthermore, the hashtag isn’t specific enough to make it clear which part of the book you’re tweeting about. If you browse other tweets marked #JaneAustenPersuasion, you might find comments about other parts of the book, which may contain spoilers.

Enter Annotags, a concept for a literary annotation hashtag, or annotag. Whenever you want to... read more → 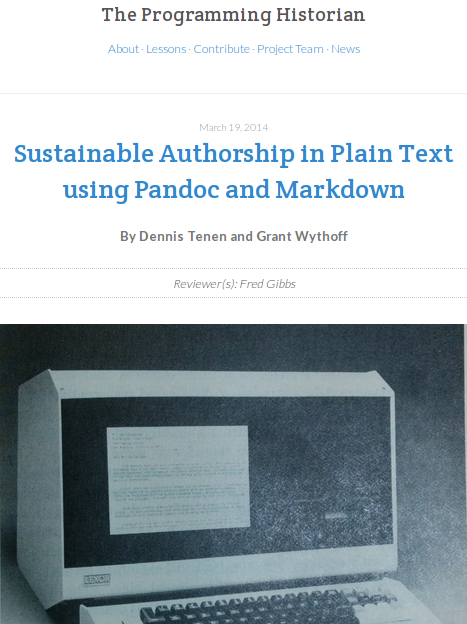 A series of workshops on authorship using markdown, plain text, and pandoc, that culminated in an article for the Programming Historian.

Writing, storing, and retrieving documents are activities central to the humanities research workflow. And yet, many authors base their practice on proprietary tools and formats that sometimes fall short of even the most basic requirements of scholarly writing. Perhaps you can relate to being frustrated by the fragility of footnotes, bibliographies, figures, and book drafts authored in Microsoft Word or Google Docs. Nevertheless, most journals still insist on... read more → 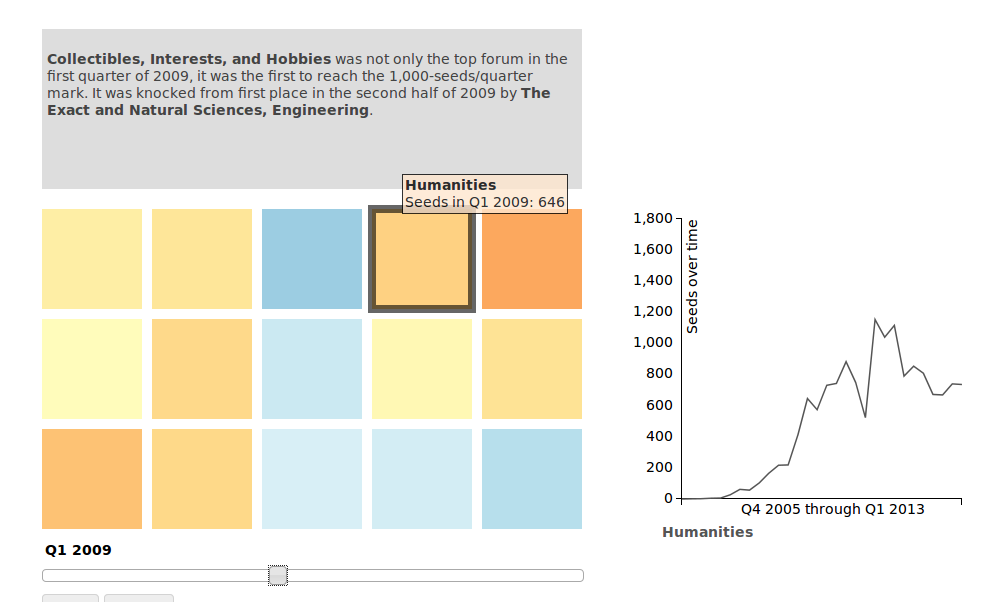 piracyLab was convened by the faculty, students, and librarians involved in the Hacking the Archive course taught in the spring of 2013 by Professors Matthew Connelly and Dennis Tenen at Columbia University.

piracyLab is an academic research collective exploring the impact of piracy on the spread of knowledge around the world. Our work combines critical, historical, and quantitative approaches to the study of illicit knowledge, information “leaks,” and underground archives. We are interested in understanding the ethics and the social dynamics of piracy in its legal, technological, and socioeconomic contexts.